The Blackbirds: A Review 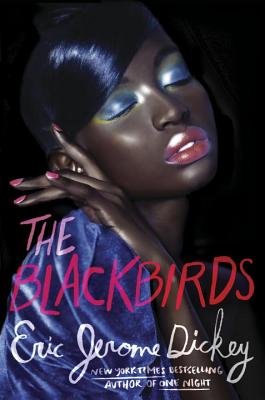 First I must say, this book is most definitely one of Eric Jerome Dickey’s greater works. The Blackbirds is over five-hundred pages of greatness. Although you certainly don’t need to, I would suggest you read prior works of Eric Jerome Dickey’s before reading Blackbirds. While we are introduced to new characters like Indigo, Nancy, Eddie, and Cristiano, we’re also get reacquainted with old characters like Destiny and her father, Keith, from Chasing Destiny and Dr. Debra Dubois and Ericka Stockwell from Friends and Lovers. It was good to see Mrs. Jones, Destiny's mom, and Lola Mack (Sleeping With Strangers/Waking With Enemies) are still friends although we only read about them in passing. We also get to see old background characters like Kawanzaa Browne from Liar’s Game, Hakeem Mitchell from Cheaters, and Leonard DuBois, Jr., whom Debra was pregnant with in Friends and Lovers.

Whew, that was a lot to get out. After Reading The Blackbirds, I had to literally sit still for a moment and think. This book took me on a journey through love, loss, death, independence, friendship, and the discovery of self. The story itself was so profound that I don’t feel I have the right words to explain it let alone enough words to do it justice, but here we go.

Indigo Abdulrahaman is a beautiful, yet complicated woman. She knows what she wants and who she wants. She’s not afraid to go after it either. And I tell you what, if you think you’re going to disrespect her by going after “who” she wants, you've got another thing coming…or you’ll at least end up at Vickie Secrets buying another set of thongs.

Kawanzaa Browne is one of the women in The Blackbirds whom I identified with the most. While the last time we seen her she was a little girl, hiding behind her mother’s legs just as she met her father for the “first time”, she has grown into a beautiful young woman. The heartbreak she felt behind what her ex-fiancé had done hit too close to home. But when a woman’s fed up, she meets a man who is one in five million and one who is twice the man her ex-man could ever even imagine being.

Ericka Stockwell was thirteen years old the last time we saw her. Now she’s in her mid-thirties and in remission from cancer. Like all of us, Ericka is sick of cancer and has decided to live everyday like it’s her last. The antagonistic relationship between her and her mother is something that I can’t even put into words. Mrs. Stockwell needs to have a come to Y-H-W-H talk or it’s quite possible that crossing the wrong person is going to send her to meet Jesus way before her “Christian” soul is ready. But in the midst of all of Ericka’s trauma, she finds light, love, and surprisingly, her destiny.

Speaking of destiny, the last time we saw Destiny Jones she had gone on a revenge spree that left a trail of broken, battered, and bleeding bodies in her wake. The one thing we learned about Destiny is she isn’t the one you want to cross and think you’re going to just get away with it. Even still, the court of public opinion can be brutal and even though people knew what had happened to her, Destiny is still seen as the villain. So the villain is who she became…at least in one scene.

This is where Mr. Dickey took me on a journey of self-discovery. Throughout the book, Destiny’s chapters resonated with me more than any of the women. Yes, he managed to show me a little bit of myself in all of the women throughout the book; however, Destiny’s chapters had my emotions popping like fish grease. I cried. I laughed. And then I cried while laughing. Why? Because she’s Destiny Jones, bih, and she ain’t scared of you, mamafunkers! 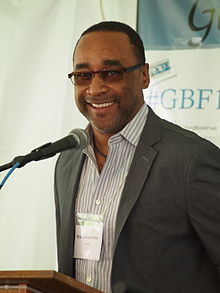 I could go on and on and on and on about this book, but I think I may have already said too much. One thing I must note, I want to say thank you, Eric Jerome Dickey, for telling and showing Black women that we are beautiful—flaws and all— in every color, shape, and size. Mr. Dickey showed us the good, the bad, the ugly, and the downright disgraceful side of Black women. Black women aren’t merely investigated under some kind of biased microscope in this book. We’re celebrated in this book. The balance was so perfect that I cannot find anything I don’t like about The Blackbirds. Ericka’s very last chapter left me a snotty-nosed crying mess. I wasn’t ready! All-in-all, I give this book five pages (think five-stars). Nikki-Michelle recommends this book.