Let Me Love You: A Review 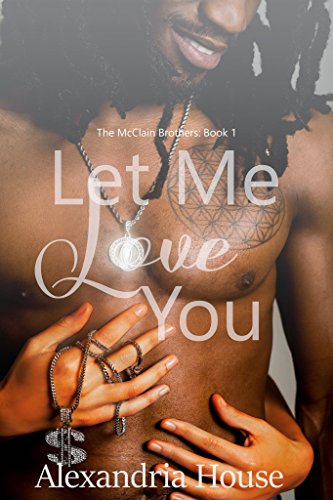 I've heard a lot of great things about Ms. House, and she'd been on my TBR list for a while. A few weeks back, I decided to pick up Shu from her Dem Boys series. Enjoyed that one and decided I liked Ms. House's writing and read that whole series. Fast forward to now and I've listened to Let Me Love You. I can not say I was disappointed. Ms. House does a great job of pulling you into the story and getting you invested in the characters.

I liked Big South from the moment I met him. He was most consistent throughout the story. He did not flip-flop. He stayed true to character the whole time and I loved that. He was charming, a bit rough around the edges, but his heart was true, and he was real. He went after Jo, pursued and wooed her until he made her his. He was a true gentleman and I appreciated that.

Jo...I was iffy about Jo. She annoyed me to no end with all her whining and putting herself down at every turn. I was over her always fighting South about things that made little sense to be so combative about. She was the most inconsistent character throughout the book. One minute, she was timid and allowed folk to walk all over her, the next minute, she was Evil Jo and talking big sh*t. I didn't really take a liking to her character. However, considering her background, I suppose it all fits.

Sid's character was all over the place. He was a bit inconsistent as well. If he was as crazy and as homicidal, as someone called him in the book, then why didn't he get back with South when all that craziness went down at the award show? Why'd he let that slide? Unless, the whole point of it was to show that he rapped about one thing, but in real life wouldn't bust a grape in a fruit fight?

Esther was just out of her whole darn mind. I don't even know what else to say about that woman. Why didn't we get any closure on Don's character since he threatened Jo as such? Why South didn't catch up with ole boy and put hands on him?

I liked Bridgette's character. She was funny, quirky, and spoke her mind no matter what. I think I ended up liking her more than I liked Jo.

I did think some of the drama in the book was uncalled for. It felt a bit contrived just to keep the story going.

Even with those things said, I loved that Ms. House gave us #BlackLove. I loved that her writing reminded me of the greats in the game. I'm talking about all the Black women authors who gave us Black love before it became hashtag, authors like Brenda Jackson, Beverly Jenkins, Rochel Alers, etc. Ms. House has a knack for words and perfect comedic timing. I can't tell you how many times I laughed at "Whatuptherenah?" Ms. House also knows how to deliver a punchline as well as bring the drama.

I'm going to keep reading/listening to her books because in a time when #BlackLove is hard to find between the pages of books, Ms. House fed my soul. She's one to watch. Somebody needs to call one of the Big 5 (is there even still a Big 5? Anyway, y'all know who I'm talking about.) and tell them Ms. House needs a seven-figure deal immediately! She's got the juice!

I give this book 4-pages (think 4-stars). I most definitely recommend this book.