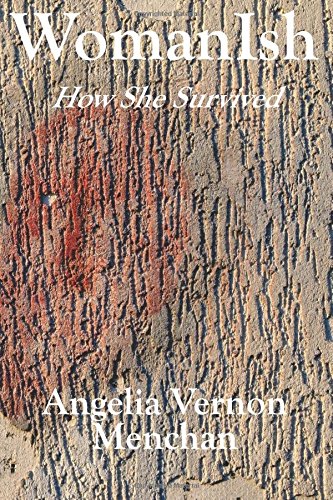 My gosh! Where do I start? I've never been a huge fan of books that consists of short stories. For me, I never seemed to get a beginning, middle, and ending. However, God bless Angelia Vernon-Menchan for blessing us with this work of art. From the very first story, I was enthralled. From 'Her Empowerment'  to 'My Life Was Better After He Died', Angelia managed to show us women from every walk of life, young and old, those smart and those a bit aloof.

It's amazing how she is always able to capture every woman. She literally writes every type of woman, including those who are bisexual and won't admit it. But I think what stands out to me the most are the women and their ability to bounce back after such tumultuous situations and circumstances. Every woman in this book did what she felt she had to do whether she regretted the situation later on or not.

Andrea's mother gets the win for her comical  wit. One of the best quotes in the book belongs to Mabel.
Andrea to her mother: Did you ever want a husband?
Mabel to her daughter: I've had two or three but they weren't mine.
I laughed so hard I snorted.

Poor Betta just couldn't catch a break from the men who seemed to be attracted to her. She jumped out the fire into the pits of hell.

I have no words for Sissy and Carlos.

Calliope's story touched me in a way I didn't expect. It made me question how much I'd be willing to give up for love. While I commend Calliope for choosing to put her needs to the side for the sake of her marriage, I felt as if she got the short end of the stick.

From Kenya, who assumed she needed more than her husband could offer, to the woman who justified being a man's mistress because she had him first, Angelia managed to keep me interested from the beginning to the end.

However, the one story that stood out to me the most was the story with Winda, Bobby and Norman. I was so mad when it ended! I wanted more. I just know there has to be more to that story. I wanted Winda to be THAT woman so badly. LOL

All-in-all, I give Womanish 4.5 pages only because of a few editing issues I found (think 4.5 stars). I'd advice all women to read this book, young and old. Angelia is ministering without preaching, teaching without badgering, and giving you a lesson without calling you to class. Nikki-Michelle recommends this book.